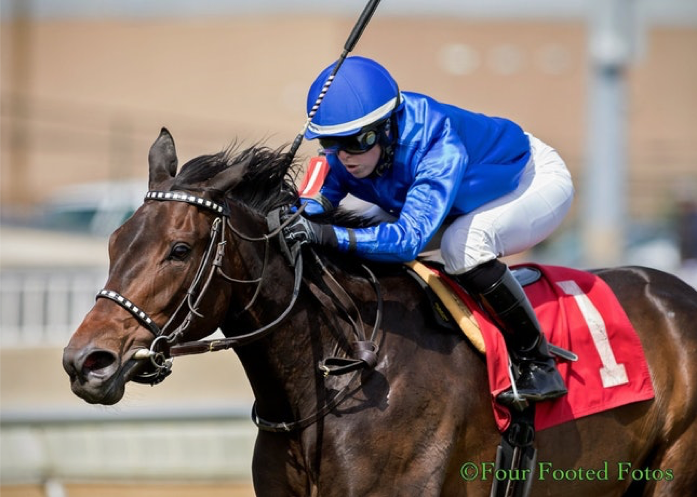 The horrible sexual abuse that young athletes endured have resulted in new regulations that seek to prevent such tragedies from happening. It seems there had been cultures of silence, or at least confused quiet, in the USA Gymnastics, USA Swimming, and the US Olympic Committee. As part of the response, Congress mandated that the U.S. Center for SafeSport (“Safesport”) become the exclusive, administrative provider to respond to reports of sexual misconduct with the US Olympic and Paralympic movements.[1] Safesport’s goal is for athletes to be able to participate in sports free from bullying, hazing, sexual misconduct, or any form of emotional or physical abuse.

Over the last year, so much attention has been fixed on the United States Equestrian Federation (“USEF”) Safe Sport policies and their potential consequences. On August 27, 2018, the USEF announced that all members over the age of 18 must complete their free SafeSport Training. The training is a 90-minute course involving three sections: Emotional and Physical misconduct, Mandatory Reporting, and Sexual Misconduct Awareness Education. Although there are deadlines and grace periods involved on a case by case basis, if a member does not complete their training by January 1, 2019, they will not be allowed to participate in USEF activities.

Designed to keep athletes in sports safe from misconduct, the SafeSport training has had some recent backlash from the community. The USEF policies and the U.S. Center for SafeSport Code are aimed at protecting all participants in our sport, but recent heated dialogue over the misconduct reporting mechanism has stirred reactions from that of placid acceptance to vehement rejection of the whole program. Some feel the regulations are so strict that they unnecessarily restrict teamwork and collegiality of the sport, while others roll off impassioned diatribes that the regulations do not go far enough to rectify previous wrongs.

USEF collects Safe Sport Incident Reports, which are free forms provided to USEF members found online and in the show offices of all USEF competitions which detail the alleged offense, includes the contact information of the victim, the person making the report and those accused of misconduct. The Incident Reports are then processed and investigated.

Some of you have trainers, friends, fellow competitors who may have been accused of misconduct under the SafeSport reporting provisions. The indignation brewing on social media and running rampant through the horse show rumor mill is loud and powerful. In many cases, pushback to regulations bolster a groupthink type nostalgia for the ‘old days’ while belittling the very voices we are seeking to protect.

If we are to compete in and sustain an industry together, we must create and permit a healthy dialogue. Such a dialogue can serve multiple, and not exclusive, purposes. Women and men who were, and may still be, subjects of unwanted sexual misconduct must have a voice and opportunity to obtain help. This system should also be one that stimulates productive feedback for the changes as they continue to take shape in the sport.

As an equine attorney, life-long USEF/USHJA competitor, and activist, I have developed a healthy skepticism to most knee-jerk commentary on developments in public policy. As it stands, the needle of change seemingly moves at a glacial pace. Regulations intended to create a safer and more transparent sport may come across as severe during the initial execution.

As someone who follows the opinions of the US Supreme Court (as religiously as many of my friends watch The Bachelor), I am confident the breakdowns between SafeSport’s intent and its implementation will be remedied and the due process protections will vindicate the falsely accused. In the meantime, there are definite procedural areas that require immediate attention. To understand the existing shortcomings of SafeSport procedure, it’s important to look back at the history and facts behind the implementation of SafeSport.

In 2017, Senator Dianne Feinstein sponsored a piece of legislation called “Protecting Young Victims from Sexual Abuse and SafeSport Authorization Act of 2017.” This bill was enacted and mandated that all amateur sports organizations, including USEF and its affiliates, adopt policies for reporting child and sexual abuse, granting sanctions for amateur athletic competitions and other requirements for all youth-serving amateur sports organization. On August 27, 2018, USEF announced that all adult members must complete a free SafeSport online training intended to heighten awareness of abuse and misconduct. One goal of the training is to eliminate abuse by teaching younger members to recognize the signs of abuse and misconduct in order to prevent it.

USEF does not claim the program’s reporting process and training tutorials are perfect; additional modifications and continued attention will be given to the program in order to ensure SafeSport reaches its intended efficacy. For example, on April 29, 2019, the USEF Board of Directors approved updates to SafeSport and adopted new policies to protect minors called the USEF Minor Athlete Abuse Prevention (MAAP) policies. On June 1, 2019, the MAAP policies went into effect via congressional requirements mandating USEF, as well as other amateur sports organizations and governing bodies, to implement policies and procedures that limit one-on-one interactions between minor athletes and adults who are not their parent/legal guardian.

Note however, while Congress mandated SafeSport training, it did not provide sufficient funding or oversight resources. Indeed, draft versions of the bill neglected funding in its entirety. Amateur-athlete organizations, who were tasked with making millions of children across America safer, had to go out and find their own support. Meaning USEF, USA Gymnastics, USA Swimming and Diving, USA Soccer, and many more, were forced to re-budget, make staffing changes, set-up reporting capabilities and rollout an entirely new program in less than a year, and largely without government assistance or guidance.

In addition to an educational component, the SafeSport policy is intended to prevent misconduct through sanctions, which is where much of the controversy around the program circulates. One piece of misinformation stirring in the vast cyber-commentary on the new regulations is that USEF is acting above the parameters of United States law. The belief is that the accused are not given due process rights (a fair chance to be heard). This conclusion is misrepresented.

It seems that SafeSport, which can be a wonderful tool to weed out true predators in our sport, can simultaneously be abused and used against innocent people.

The SafeSport Sanctions prohibit those accused of violating SafeSport or federation rules. A list of those permanently banned from USEF activities and competitions are listed in full on the USEF website. The SafeSport center handles ALL reports of sexual abuse within the U.S. Olympic and Paralympic Movements. Competitors are encouraged to make a report to the if they have a reasonable suspicion of sexual misconduct such as child sex abuse, non-consensual sexual conduct, sexual harassment or intimate relationships involving an imbalance of power. Allegations are not, and should not be taken lightly.

While there are valid concerns that an influx in reporting can create a witch-hunt atmosphere for falsely accused, a reporting mechanism is inarguably necessary. Sanctions increase transparency and demand accountability from the professionals in our sport and follow an exhaustive investigation. In April of 2018, the equestrian world read in horror as Olympian Ann Kursinski detailed her experience as an 11-year-old girl who suffered 6-years of continual rape and molestation from her equestrian coach Jimmy Williams. While many may continue to debate the fairness of stripping Mr. Williams of his accolades posthumously, his victims and the hundreds of athletes that witnessed him kissing and groping young girls, recognize the importance of Safe Sport sanctions.

For SafeSport to have a chance, athletes need to believe in its influence. Otherwise we will run into the same issues that plague law enforcement, child services, Title IX officers, and human resources departments: victims who avoid reporting to enforcement offices that they view prioritize the reputations of the institutions over the individual athletes. It is not surprising that in the few months following the mandatory online training, USEF is functioning like an underfunded and overworked DA’s office. It may employ people who are under-qualified, or that it has been heavily influenced by people who appear to care more about the image of USEF and preventing lawsuits than protecting children. But, you could easily adopt the same cynicism when looking at numerous child welfare agencies currently active across the country.

This cynicism, when coupled with a collective resignation that SafeSport is useless, is self-serving to those who refuse to accept that the industry needs to change. Transparency, funding and education are all positive components to this movement to create a safer sport, even if the road gets a bit bumpy. We, as a culture, are in the thick of one of the most transformative times for sexual harassment protections, EVERY industry is feeling the impact of these changes. As a sport with hundreds of confirmed cases of child molestation in its history, we cannot stand on a soapbox and decry regulations that are necessary (and mandated) to protect rising equestrian youths.