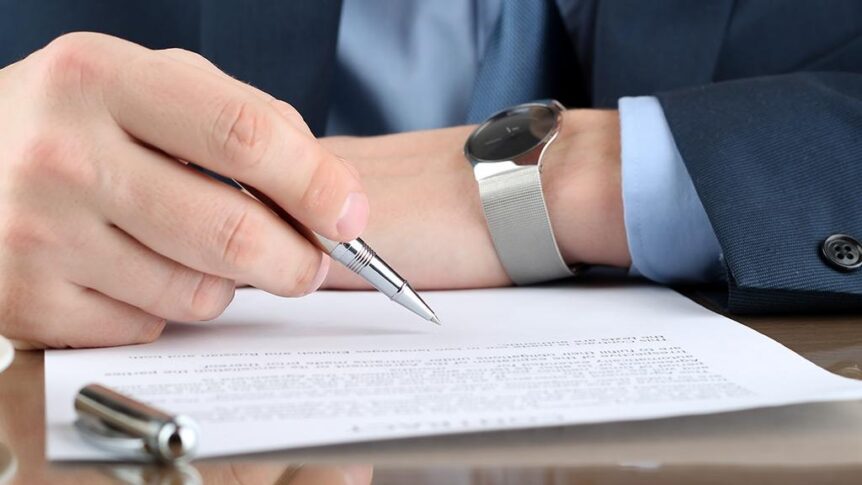 “We just signed a major deal!” “I just put in a contract on a house!” “Click here to accept our terms and continue . . .” These phrases all have in common that a contract has just been made. Contracts are the cornerstone of business dealings. In some places, contracts are still made on handshakes or someone’s word. For many of the rest of us, a written document is a better option.

To draft a contract, the basics are captured with the 5Ws and H that we learned long ago in elementary school. Who, what, where, when, how, and why are the questions that need to be asked when creating the first draft of a contract. Below are the four steps for creating a contract, though this is not intended to be a comprehensive drafting guide, but it will help to get you started.

Identify who, what, when, how, and where. These five questions establish the parties, the object of the contract, the timing of the contract, and the place of performance. In certain cases, you will want to state the specific way the contract will be accomplished. No matter the kind of deal you are entering, all of these questions need to be answered. The best place to put this information will be on the first page of the document. If you’re not drafting a document (not advised) then you should at least capture this information in an email.

Talk about how the contract ends. More than one business has been caught off-guard with an automatic renewal provision in the contract. In those instances, there was likely a paragraph that talked about how if you do not want to renew, then you need to send a letter by certified mail ninety days prior to the end of the contract – or something similar to that. Who marked their calendar to remind themselves that they needed to decide if they wanted to renew? However, this raises an important point about how to draft your contract. To draft an effective provision, simply describe how the contract ends. For certain projects, this is relatively simple, but for service agreements, this can be a bit trickier.

For many contracts, this is one of the most important provisions. What are the milestones that need to be achieved in order for the other party to compensate you for your work? Is there a deposit? A progress payment? Specifying the timing, method, and consequences for non-payment are important terms to be put into the contract.

4. What if something goes WRONG?

No contract can cover every possible eventuality or possibility. However, it is extremely important to thing about the processes that are covered in your contract and determine what would happen to your contract if something was disrupted along the way. For example, what happens if the widget delivery does not arrive on-time? For this part of the analysis, two things need to be addressed. First, is there a way to fix the problem? Could the final widget assembly be delivered tomorrow? Second, if the problem cannot be fixed, then do we turn to the courts or an alternative method of dispute resolution to address the issue?

Contract drafting is as much an art as a science. An easy way to draft contracts is to write what you mean. Active verbs are better than passive ones. It is much easier to write Acme will buy 50,000 widgets per month from XYZ, than to write something like “the party of the first part shall purchase, buy, obtain, acquire, and/or get fifty-thousand (50,000) widgets on a monthly basis beginning immediately from the party of the second part for a sum to be established by the then prevailing market price for widgets, or a comparable substitute…”

One other thing to consider is that if you are working on an international deal, then you need to keep in mind that the words you choose will probably be translated into another language. The translation could have unintended consequences.

If you would like assistance in being sure about whether you have covered everything in your contract, please contact us online or visit the Yolofsky Law website to learn more about our business law and contract services. We’ll be happy to help.