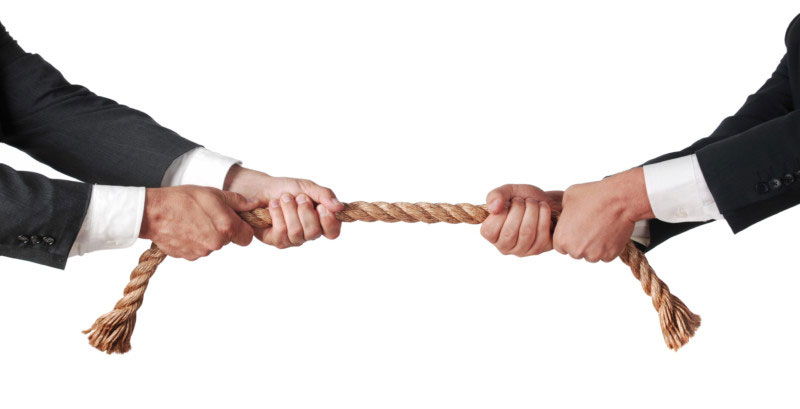 Slightly over a week ago, horror struck home. Marjory Stoneman Douglas High School in Parkland, Florida is a short few miles away from my home and office. The suspect, identified as 19-year-old Nikolas Cruz, opened fire with a semi-automatic rifle at his former high school. Cruz admitted to the massacre with 17 dead and as many wounded. Already, the finger pointing, blame game, and political posturing has infested the media, both social and conventional.

The hardest thing to do in this situation is to think clearly. Binary propositions of more or less gun control, more or less security, the level of mental health treatment and similar positions do not independently advance the conversation. Indeed, the weapon did not walk itself into the school and start firing. The issues go much deeper. There are many different areas in which we as a society can improve safety measures to help prevent something like this from happening in the future.

Cruz was a known danger to his community. Not only did he post disturbing and sadistic content on his own social media accounts, a Youtube Vlogger reported to the FBI that Cruz stated he would become a professional school shooter. Peers, teachers, and neighbors saw the signs. One student, Eddie Bonilla, even said: “We actually, a lot of kids threw jokes around like that, saying that he’s the one to shoot up the school, but it turns out everyone predicted it.” This brings up the biggest question that many are asking themselves. Could this have been stopped? Given the amount of information that law enforcement and the school had, the possibility might have existed.

After 30+ visits to Cruz’s house by police and 2 reports to the FBI, what does it take to remove someone this risky from the community? The solution to this issue won’t be solved by only arguing about gun control or mental health reforms. Solutions must start at the community level. How can we stop people before these heinous crimes occur? Many attackers gave us signals well in advance of their rampage. There are indications sprinkled throughout social media and the Internet. Could we convert this mass of information into actionable intelligence?

Currently, there is marketing technology that scrapes keywords that you search for on the Internet such as “shoes”, in return, you find ads plastered all over your social media for that “shoe” you searched. Let’s use this technology for the greater good. If marketers can use it to pinpoint the exact type of advertisement most likely to get you to buy a product, we can use the same tools to scrape social media and internet forums for words that are indicators of danger.

We need to devote resources and share information to hinder these atrocious acts from happening in our communities. Changing the overwhelming amount of information into usable intelligence requires us to create tools that will adapt the marketing uses in security ones. Intelligence1 is the product resulting from the collection, evaluation, analysis, integration, and interpretation of all available information which concerns one or more aspects of foreign nations or of areas of operation and which is immediately or potentially significant to planning. Let’s collect information scraped from the world wide web, evaluate and analyze that information, and plan accordingly. Sheriff Scott Israel is calling for more funding and called on lawmakers for legislation that would allow law enforcement officials to intervene when civilians show early signs of potentially violent behavior.2 The Sheriff’s proposal begs the question of how law enforcement would learn of such a person.

In our business, we are planners. We help you plan for your future and your business legacy. You become a hero to your family and to your business. Let’s all become heroes to our community and spark a change that will be heard around the country by engaging in civil policy debates and asking the hard questions.

Below are some other observations about policy changes that could be made:

1. Air Support: While I watched the Broward Sheriff’s response on the news, the media showed a local SWAT unit drive up to MSD to assist the Sheriff’s team. Driving through Broward County can be difficult at any hour, much less when an emergency like this exists. What if law enforcement used the Fort Lauderdale Executive Airport (FXE) helipad in downtown Fort Lauderdale to provide an air reinforcement platform for supporting SWAT/SRT units. Such a technique could be adopted across the country.

2. Follow Up: The FBI did not follow up on the reported tips. This could be due to possible lack of resources and communications between offices. Who ensures these tips, especially credible ones, are followed up? This is especially difficult for law enforcement because our legal system is mostly reactive in nature, not proactive. Assuming the FBI did go to Cruz’s house, would they have been able to conduct a search or take action? Could we modify our laws to lower the standard necessary for a search warrant?

3. Cooperation: Federal/State/County/Local – all one public safety team. This happens more than Hollywood portrayals would suggest. Given that the FBI has limited resources, could a cooperation system be developed to have local police provide support to the FBI in this type of investigation?

4. Surplus Military Equipment: This debate raged a few years ago that local police should not have military equipment. However, drones would have been especially helpful, if not necessary, to secure and scout a property as large as MSD. Had Cruz stayed on campus and moved about, the possibility of more deaths and injuries would have been exponentially greater. The police need tools to see around corners, the bird’s eye view, and thermal imaging.

5. Teacher Training: Our teachers are expected to teach and mentor, not fight. But, they do need to understand communications procedures, first aid, and perform threat recognition. In schools, teachers should teach and they should not be armed, unless they volunteer, are trained, and the weapon is secured. Weapons aside, teachers should be knowledgeable enough to triage and pass problems to a higher level.

6. Veterans as School Guards: This proposal regularly comes up as a solution to two problems: veteran unemployment and lack of school security. For those veterans who might be interested, we should examine incentive programs that could compensate them for their work. One idea might be to provide education funding or forgiveness for those veterans who choose to become school security. If the public sector chooses to pursue this options, then these individuals should be able to attend a shorter course to be authorized to be an armed guard in a school. The School Resource Officer program requires the SRO to first be a law enforcement officer, which means that it can take several years to move an eligible individual into that program. Given the current desire to increase security at schools, we should look to all available human resources and how they can best be utilized.

7. Reform Government Contracting Procedures: Government acquisition regulations, from local to federal levels, are some of the slowest, most Byzantine, and bureaucratic nightmares. While the process has admirable goals, such as fairness and thoroughness, the reality is that the system is fraught with problems. Corruption exists. Unqualified contractors get an opportunity even though they might not have the experience or staffing necessary to complete the contract. Different quotas, carve-outs, and no-bids exclude eligible contractors from participating because they do not meet whatever exclusive standard is established. The lowest bid standard fosters an environment of bidding ridiculously low and then submitting change orders once the contract is awarded. This should not be allowed.

Changes to public school security require that private sector solutions proceed through the public contracting process. Which agency will lead to improving this system? Should it be the local school board, law enforcement, the county commission? Could one government body influence or override the other? The contracting system must be simplified and streamlined for everyone’s benefit.

Our children should not fear going to school. They should be studying history, not making it by being the victims of a massacre. In our society, we have tools and expertise that can be used to improve the security apparatus. Why are we waiting?

2 A discussion of the civil liberties, due process, and related concerns are left for another day.